Weeding out cannabis concerns in the workplace 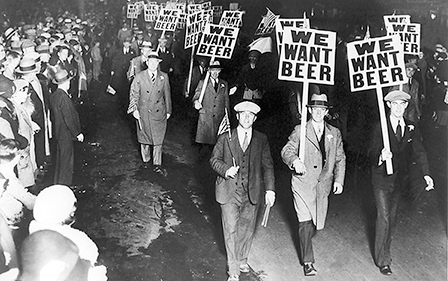 In Canada, the legalization of marijuana on Oct 17, 2018, was a historic day on par with the end of prohibition in the 1930s. The decriminalization of medicinal and recreational cannabis/marijuana has been a long-fought battle. Now that it’s legal, one outstanding issue that continues to raise concerns is how it can affect the workplace. Will this significantly alter an employee’s motivation, productivity/performance, attention to detail, or overall professionalism? Will vaping cannabis at lunch become the new cigarette break or replace the proverbial boozy lunch?

From an HR perspective, I think it’s imperative to address those cannabis concerns and re-evaluate the stereotypes that some people have about cannabis users. It’s possible that many of us think of people who ‘use’ cannabis as being similar to what we see on TV, and not the reality we live in.  For starters, it’s likely that many coworkers, superiors and other professionals are already habitually using some form of marijuana in their day-to-day life. In April 2018, Statistics Canada reported that 4.2 million or 14% of Canadians over 15 years old had used medical or recreational cannabis in the past three months. Further, 56% said that they used some form of cannabis weekly or daily. For the sake of (an imperfect) comparison, in 2017 the World Health Organization reported that Canadians aged 15 and older drank 10 litres of pure alcohol per capita in 2016. “Despite the known and potentially hazardous effects on human health, alcohol has remained a commonly consumed beverage worldwide. In Canada, approximately 19.5 percent of consumers were reported as heavy alcoholic drinkers in 2017, with men consuming five or more drinks per sitting and women consuming four or more drinks, at least once per month for 12 months.”

There have been numerous pop culture films where pot smoking was the main theme, such as the classic Cheech and Chong, which is about two nomadic guys lost in a haze of smoke as they smoke themselves into an epically lawless adventure. Similarly, the movie Dazed and Confused captures the 1970’s nostalgia of being a teenage hippie in suburbia. And most notably, comedian Dave Chappelle’s breakthrough claim to fame was based on his role in, Half Baked, a portrayal of aimless ‘stoners‘ selling weed to help pay for a friend’s jail bond. 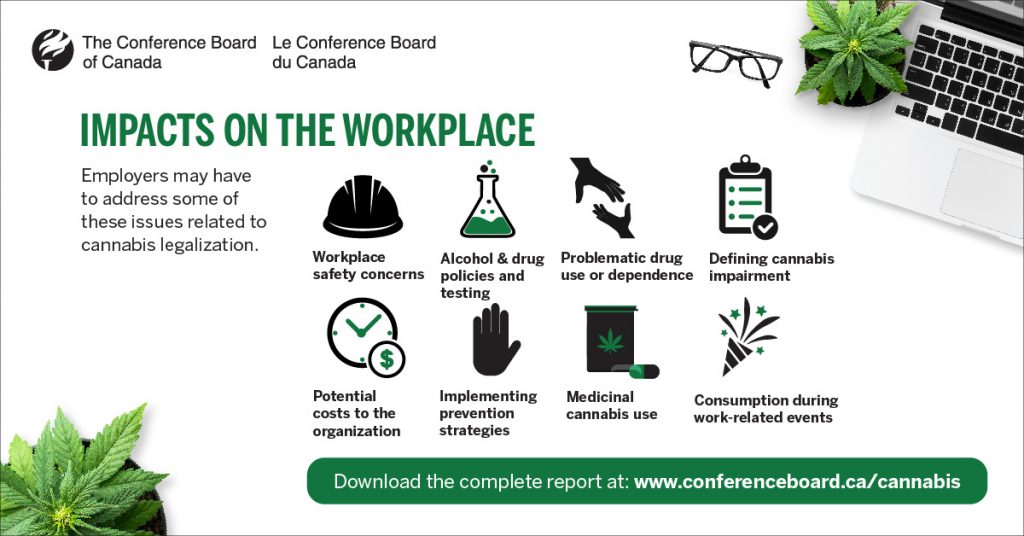 See the full report at www.conferenceboard.ca/cannabis

When looking to these popular movies as a guide it’s easy to stereotype cannabis users as immature, directionless, or even irresponsible.  From there, it’s not surprising that some people are shocked and apprehensive about the legalization of a substance that in many countries is still associated with criminal behaviour. At the very least marijuana has gotten a bad wrap for making users act and appear lethargic, unmotivated, disorganized and forgetful. When we juxtapose employees with any of these stoner characters from the big screen then, of course, there’s a reason for concern.

In reality, however, the dopey, red-eyed, ‘pothead’ isn’t always a fair representation of a person who uses cannabis. The stigma towards those who choose to light up (or nowadays discreetly vape, or consume edibles) for recreational or medicinal reasons is starting to diminish. So, let’s start to address some of the lingering concerns that many of us have about how marijuana will affect the workplace.

The blunt facts about cannabis and work

Whether we agree or disagree about the legalization of cannabis it’s now the law of the land and the change is literally in the air. Employers need to be prepared to deal with the ‘plume’ of questions and the essential rules to follow in this new climate.

1) There are two popular types of cannabis that are being consumed:

2) For Ontario residents, this website on Cannabis legalization is a good resource:

There are several issues that relate to employees, workplace roles and responsibilities. I’ll address two here.

A – Employees’ Rights While Working in Unlicensed Cannabis Dispensaries

Although many cannabis dispensaries are operating, only a small portion of them are legal and licensed by Health Canada.

Workers at these unlicensed dispensaries have questioned what legal rights they have while their sale of cannabis remains illegal. The Raven Law blog post ‘Do Employees of an Unlicensed Cannabis Dispensary Have any Legal Rights?’ considers the various sources of a worker’s rights, and whether those rights extend to employees of an illegal enterprise. 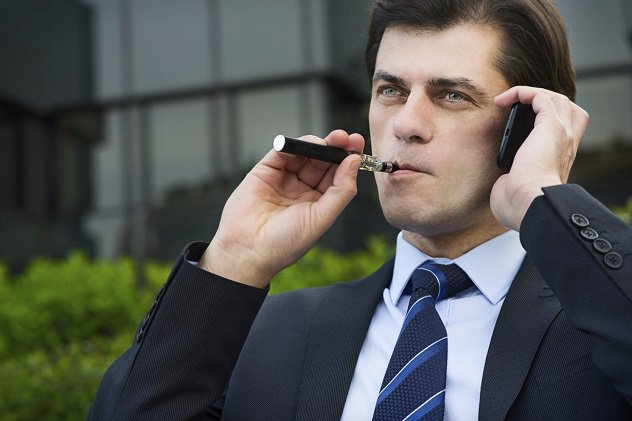 B – Managing Marijuana at Work

Understandably, some employers are worried that their employees will soon be taking smoke breaks of a different kind, with corresponding negative impacts on their productivity.  Employment Lawyer Alayna Miller notes that “Employers should rest assured that they are able to set parameters around marijuana use at work; however, there are important distinctions between medical and recreational consumption.” Read more of her article on Managing Marijuana at Work.

Do you need help navigating the world of human resources and work? Contact Dr. Helen today for a free and confidential initial consultation by phone, email, or via direct message on Twitter, Facebook, or LinkedIn. She can develop interview questions and/or simulations to determine which job applicants have the essentials to hit the ground running, and are capable of learning the rest after they start.