Should I Start a Part-Time Consulting Job?

Last week a friend told me that she’s been thinking about working as a part-time IT consultant while continuing to work at her full-time job in a related industry. This friend has a diploma from a relevant 3-year program. Since graduating, she has worked in her field in a few positions within the same company. She has been promoted and she now has responsibility for a large geographic area. Basically, she’s established herself as a “go to person” at work and among her friends, family, and acquaintances. 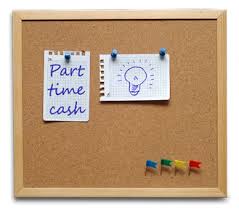 She has recently learned that the company where she works is being reorganized and as a result, she’ll soon have fewer responsibilities. This is where the part-time consulting comes in. Since she’s been thinking about starting something on the side, I told her that now is probably a great time to start. I suggested that she review the policies of her current employer to make sure that doing consulting work on the side will not create a real or perceived conflict of interest. I also suggested that she confirm that her contract does not prevent her from doing consulting work outside of her normal work hours.

Since her industry is knowledge-based, she does not need to spend a lot of money on equipment or even office space. Rather, all she needs to do is put the word out that she’s offering her services as an advisor/consultant. I suggested that she start small by telling her friends and family about her plans and asking them if they know anybody who could use her services. I also suggested that she could consider using social media to promote her services.

With all the changes happening in most of our workplaces, it’s probably wise to be prepared for large-scale “disruption” after which the status quo might actually change. Somehow, having a backup plan or a plan B (e.g., starting a business and an established network) seems to protect us from actually needing to use it …

Need help dealing with a delicate or high-stakes career or HR issue? I invite you to contact me privately. I offer a free 15 to 20-minute initial consultation by phone. Or, if you prefer, you can contact me by email, or via direct message on Twitter, Facebook, or LinkedIn.