“We know what we are, but not what we may be.” – William Shakespeare

We throw the word ‘identity’ around when expressing our choices around fashion, haircuts, pop culture, body art, and piercing, but what about our jobs? For some people, their profession is deeply tied to their identity. It’s easy to imagine how a marine/soldier, firefighter, police officer, or first responder might feel when they contemplate leaving that intense line of work. 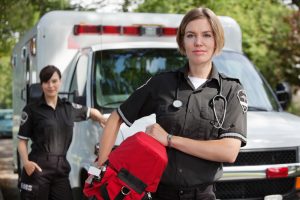 Change can be difficult for anyone who plans to leave an established career. Despite the overlapping transferrable skills, a teacher who shifts into a role as an author will face some challenges. However, I would reason that this transition is less dramatic than that of a soldier or first responder who transitions into a typical office/business context. 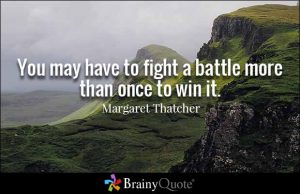 The magnitude of a career change is large for first responders and members of other groups who are accustomed to situations with conflict and serious physical risk. Arguably, these occupations are more stressful than a typical fast-paced office environment. It’s easy to understand that those have who have fought wars, charged into perilous fires, or been immersed in medical emergencies are accustomed to functioning within a distinct culture that is separate from most civilians’ circumstances. These first responders and military personnel have relied heavily on teamwork and cooperation. Their sense of loyalty to their colleagues goes well beyond two chummy co-workers who have shared adjacent cubicles for the last decade.

Let me tell you a story.

To illustrate this point, my first-hand experience is worth sharing. During the fall of 2014, I spent a few days at a Canadian military base learning about various military career paths. I participated in some basic drills, observed military battle simulations/exercises, and interacted with personnel.  I wore a standard uniform, ate in the cafeteria, rode in armoured vehicles and trucks, and shot various high-powered weapons. This small snapshot in time gave me insight into how demanding this type of work environment is. It’s not a 9 – 5 experience … it’s a 24/7 commitment. It’s an immersive existence where you as a person are your job. Your colleagues are your family. I was only there for a few days but I’m still in touch with some of the people I met. I have no doubt that the bond would be extraordinary had I trained, worked, and lived with them for years.

For first responders and military personnel, the gravity of these career transitions is more complicated than simply adjusting to water cooler chitchat. Rather, it’s about adapting to an entirely different work culture – and identity. All while they deal with (potential) mental and emotional traumas associated with their previous occupation. 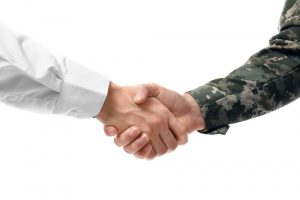 The professional and personal life changes that will occur because of a serious career change for these people who take on civilian roles can be tremendous. Given the hard-earned transferrable skills, discipline, and work ethic that develops in these roles, much is possible when a suitable civilian role is identified.  Great success and fulfillment are within reach, but the career transition should be well managed, and the nuanced adjustments should not be underestimated.

Guidance may be needed

In an ideal world, all career coaches, businesses, and other organizations would be well informed and prepared to help facilitate these major changes.  Sadly, this is not the case and the process is often unnecessarily difficult and discouraging. If you or some you know identifies with these career transition themes, this article on How to Transition from Military to Civilian Work is a good starting point.