The Relevance of Women’s Issues to HR and Careers

Where Women’s Issues Intersect with HR and Careers 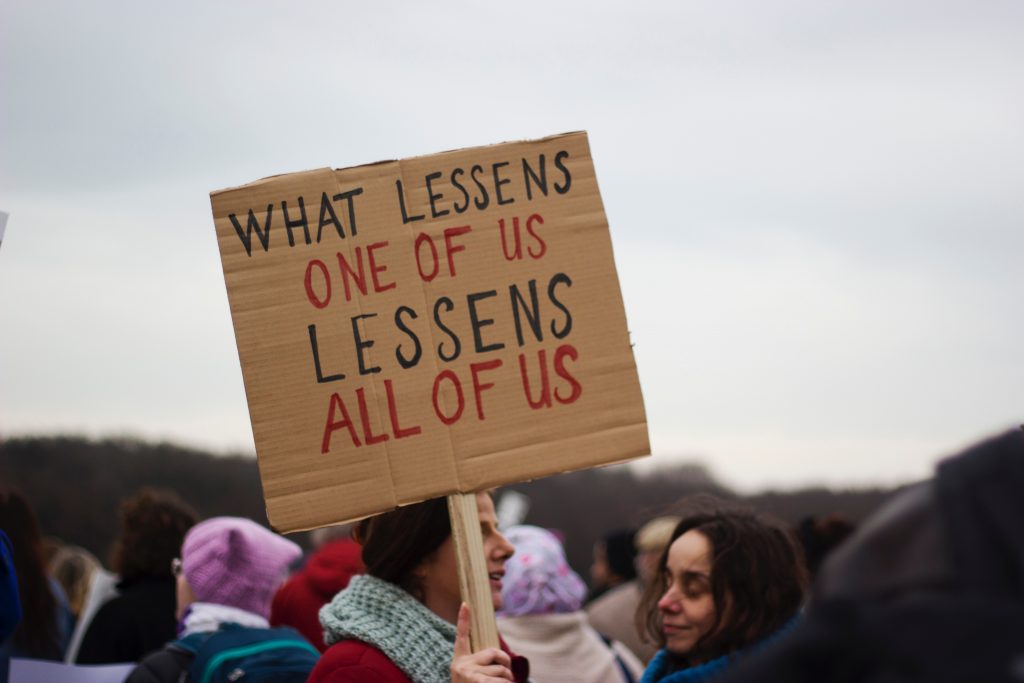 In my role as an HR consultant and a Career Coach, I see where women’s issues intersect with my professional responsibilities. For example, sometimes women are understandably distracted or preoccupied with their survival when they are in abusive intimate relationships or have left that type of relationship (e.g., as discussed in these articles about how domestic violence affects the workplace and sexual harassment). From what some victims have said, and sometimes what’s been left unsaid, those experiences are almost like living and working with a hidden disability. The impact is real but it’s rarely recognized and it’s something that many victims try to keep quiet due to ongoing stigma. 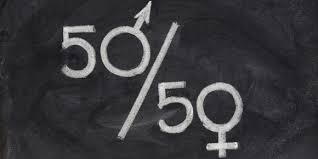 These employees are often dealing with anxiety, depression, post-traumatic stress disorder (PTSD), missed work due to appointments with health care practitioners, psychologists/therapists, lawyers, court, etc. Generally speaking, these employees are women but in fairness, there are men who face similar challenges but with even less societal support. To make matters worse, often there are financial issues that add an extra layer of complexity and stress. Combined, all of these things work together in a way that works against productivity, career success, and thriving in general. It’s easy to see how these circumstances contribute to lower performance at work and limited career mobility.

Progress is Getting Closer

Recently the government of Ontario invested significant resources to (1) raise awareness around the idea of bystander intervention in the context of sexual harassment at work and (2) violence against women within the social realm. Here’s a one-minute video called #WhoWillYouHelp that summarizes it really well. It highlights the fact that it is often an HR issue and that silence often benefits the perpetrators of bad behaviour.

In June 2016, in cooperation with the members of the Zonta e-Club of Canada (which was still-in-formation at the time), I participated in my first TwitterChat. Basically, a TwitterChat is an online discussion or a Q&A session that’s built around a theme and scheduled for a specific time. This one was organized by Amber Nasrulla, Communications Consultant, Media Advisor, and Content Creator. The guests were Glen Canning, ManUp, and yours truly, Helen Ofosu. Glen Canning is a cyberbullying activist who lost his daughter Rehtaeh Parsons to suicide after relentless online bullying. It’s been argued that if one bystander had stepped in, her experience could have been radically different. After hearing Mr Canning speak, a group of male high school students decided that they could be effective bystanders and improve the culture and safety of their peer group. 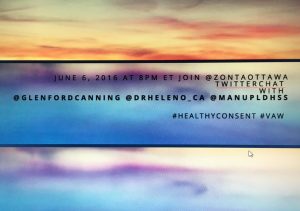 They formed a group called ManUp. Their approach and their program have been adopted by at least 15 Ottawa area schools. The TwitterChat covered the notion of #HealthyConsent. It’s a timely topic that resonates due to the recent Jian Gomeshi trial and the CBC, the recent Stanford rape trial, and the gruesome sexual assault in Brazil. In addition to the featured guests, others participated in this online chat that generated over 200 messages, questions, and comments within the hour from people weighing in from Canada, the US, and Brazil. This TwitterChat / online event was trending as the fourth most popular topic in Ottawa that evening and it was #32 in Canada. If you’d like to see exactly what was said during the TwitterChat, you can read the details here, even if you don’t have a Twitter account.