Hiring for Best Fit, Without Bias

“Hiring for fit” usually means hiring employees who are a good match for organizational culture. In other words, hiring new people who should be able to blend right in.

But is “hiring for fit” really a good practice? As a Work and Business Psychologist, I understand that there are several unconscious (and sometimes conscious) biases that may explain why things can go poorly when people focus on hiring for the best fit.

First and foremost, when it comes to choosing employees, many hiring managers and business owners still like to trust their gut instinct. Sometimes this leads to a very quick and superficial hiring process. I wrote about this scenario in What Takes Longer: Hiring an Employee, or Buying a Car? This is an example of the Overconfidence Bias, whereby people hold a false and misleading assessment of their skills, intellect, or talent. There are times when things are harder than they look, and hiring is one of those things.

There are other biases that may be at play that result in hiring people who resemble the current employees. 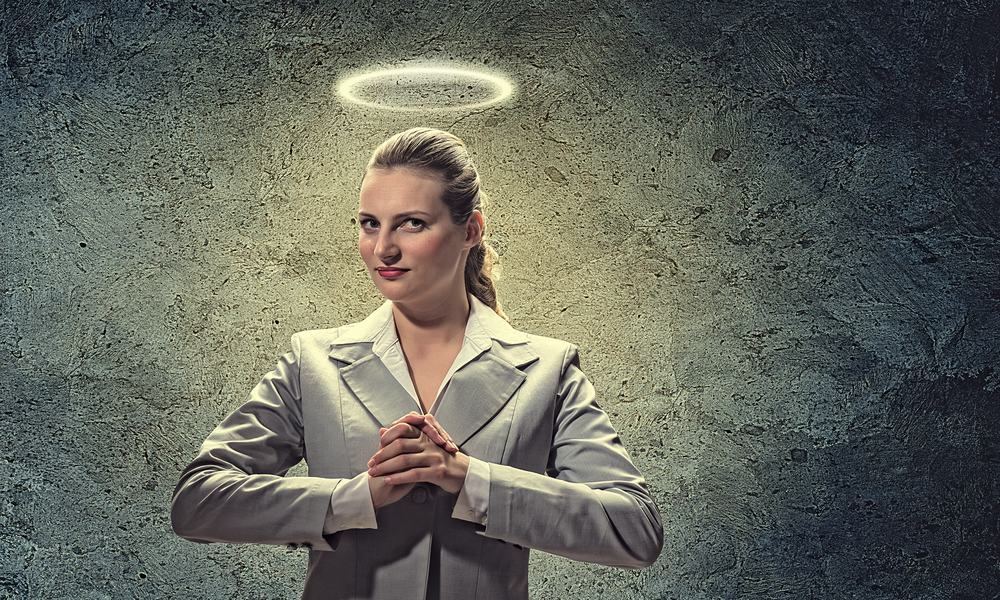 The halo effect is where you think that since the person is good at A, they will also be good at B, C, and D. But you need to see if they have the requisite skills and not judge the candidate based on one trait. For example, the candidate you just interviewed is very articulate, that must mean that they are also very hard-working, have integrity, and they use sound judgement when they are performing their work. In this previous blog article, I share some of the pitfalls associated with focusing on some characteristics while ignoring others.

The confirmation bias means only taking in information that confirms one’s beliefs, and ignoring everything else. It also means not looking for details or not looking beyond the surface since you believe your first impression. This generally means that you form your opinion, positive or negative, based on one detail, such as something on a resume, and simply see everything as confirming that opinion or unimportant. If a hiring manager sees a well-dressed candidate or well-crafted resume and thinks that means they are a good candidate, then he/she may ignore anything negative after that.

Based on the halo effect, it’s easy to see that a candidate might be seen as hard-working, full of integrity, and someone who uses sound judgement simply because they are articulate. The confirmation bias can be layered on top of the halo effect. This would mean that instead of taking steps to verify the candidate’s work ethic or integrity via a thorough reference check or psychometric assessment, the employer focuses on the candidate’s clothing and the formatting of their resume. Further, even if red flags appear while doing due diligence, those warnings are ignored or overruled. 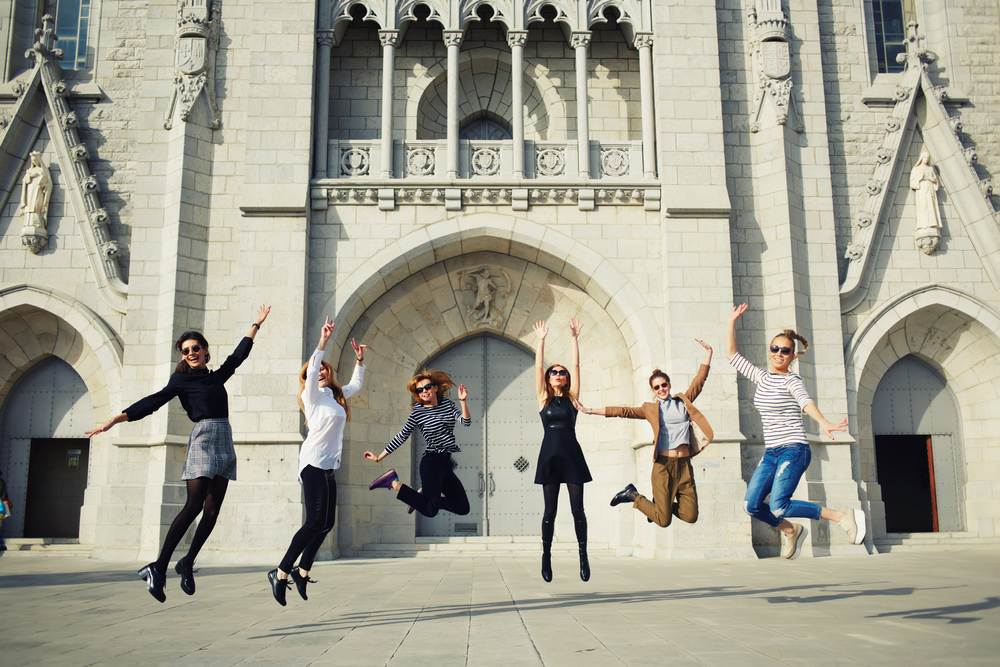 The affinity bias happens when a hiring manager or employer identifies with a candidate based on a similar or likable trait and responds warmly towards him/her during an interview and speaks better of them afterwards.

“He attended the same private school as I did,” or “She was in the same sorority as I was” are examples.

Similarity bias means wanting to hire those most like you. While this is a great way to make friends, it’s not a successful tactic for hiring, unless they are applying for your job. Hiring managers need to remember that other jobs have different competencies and, on top of that, you want diversity in the workplace. Being an avid hockey fan or playing golf won’t be good determinants of future success; nepotism and similar issues are no one’s friend.

In-Group Bias is unfairly favouring someone from one’s own group. You might think that you’re unbiased, impartial and fair, but we all succumb to this bias, as humans have evolved to be this way. 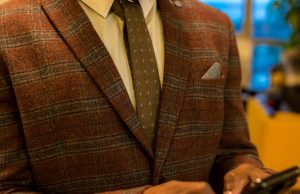 Recent social justice protests and related documentaries and articles have increased understanding that systemic or structural discrimination exists. Although in-group bias may be operating on a subconscious level, it’s easy to see how people who don’t look or seem like us are part of an “out-group.”

By passing over the candidate who doesn’t instantly match your notion of a good cultural fit or the best fit, you may be missing out. Case in point: this study by Ogilvy Marketing suggests young Black talent see barriers to entering the advertising industry and are choosing other career paths. Here’s a direct quote from the article:

A primary barrier that emerged from the study’s focus groups was that some individuals felt advertising appeared to be ‘very image-conscious’ and that advertising companies may not be interested in bringing on someone who didn’t fit ‘the look.’ 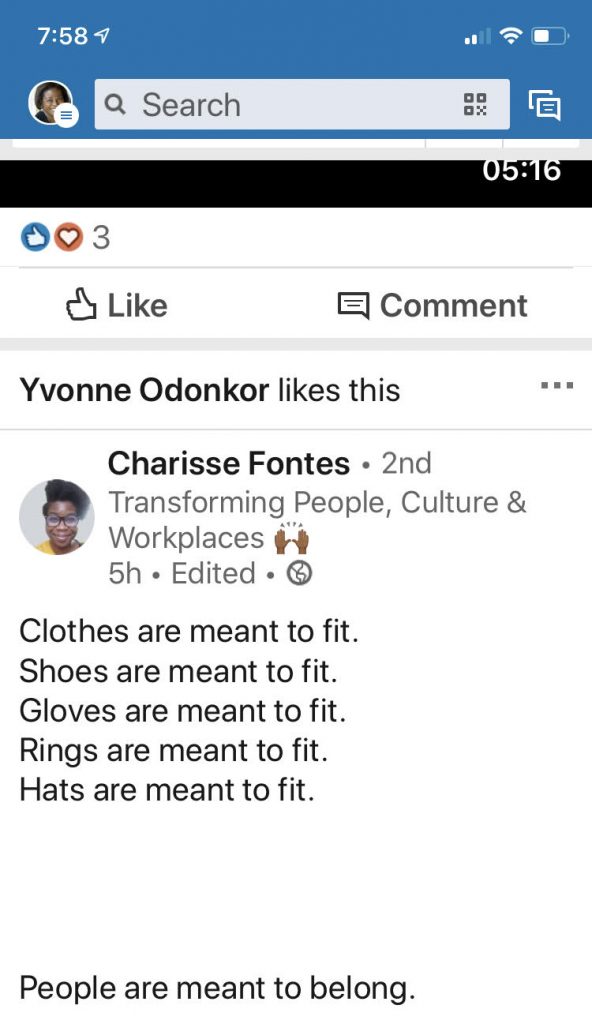 Hiring for What an Employee Can Contribute

Instead of hiring for best fit, consider hiring for potential contributions. Hire people who you are confident can deliver on the job, not just people who are good at sweet-talking during a job interview. Pull back and look at the big picture. Take stock of the skills and abilities that you and/or the other members of your organization have. Then figure out what other skills and abilities you can add to the mix that will make your organization better able to meet its objectives. During the hiring process, focus on identifying people who have the skills and abilities that you’re seeking. If you’re explicit about the types of behaviours you need from your new hire, you stand a better chance at being able to recognize it when you see it – even if the job candidate looks different than the people who are already on the team.

Are you ready to go beyond writing a statement or setting up a Diversity and Inclusion Committee or Task Force? Dr. Helen’s training in Work and Business Psychology (officially known as Industrial and Organizational (I/O) Psychology) means she is a genuine expert in evaluating work-related behaviours. She uses those skills to help hiring managers tell the difference between people who say the right things during interviews and people who actually deliver on the job. Plus, she knows how to do it inclusively.