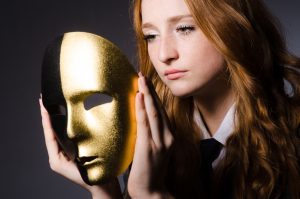 My biggest fear is that eventually, you will see me the way I see myself.

At work, do you ever have the feeling that you don’t belong there? I don’t mean in the context of fitting-in-with-the-cool-people-by-the water-cooler, but professionally speaking … do you suspect that you don’t deserve the position you’re in? Do you secretly fear that you don’t have the necessary skills? If so, you’re not alone. What you are experiencing has been labeled The Impostor Syndrome. The label sounds dramatic but it’s really about feeling undeserving of your achievements, that the success in your life is not real, while also feeling an overwhelming sense of incompetence … even when praised.

This isn’t some new ‘syndrome’ to coddle those who are unsure about themselves. Rather, it’s a widely recognized problem that affects 60% – 70% of us at some point. It is even experienced by individuals who have made significant successes in their life.

Many high achievers report feeling like intellectual frauds and unworthy of their career. I have encountered professionals who have expressed this unyielding sense of self- doubt and inadequacy when they walk into their workplace. This is equally true for those who have difficulty accepting recognition. This also applies to those who have come into unexpected fame or wealth … or both, and who now feel the only place to land is way down, after a fall from grace. 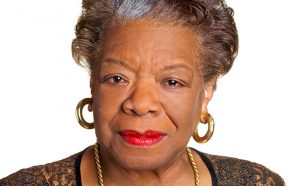 Recently, I spoke with a brilliant, award-winning writer from South Africa. Despite having a stellar resume filled with travel to attend prestigious writers’ festivals, she explained that much of the time she feels like an Impostor. She described how listening to other writers speak about their success makes her unable able to take pride in her own work, and somehow makes her feel like an Impostor.

This intrigued me because I’ve seen the effects that the Impostor Syndrome has had on some of my clients. So, I asked this four-time published novelist, “What about the first time that you learned your book was going to be published internationally – weren’t you happy?” Her response was surprising: “To be honest, the thought I had in my head was that I had fooled them. I even rushed to write another book just to prove I wasn’t a fraud. Then, to add to the intense emotions of that accomplishment, I was honored with a very significant award. After the fact, I found out that I was the first black person ever to receive it. None of this success changed how phony I felt. I even felt ashamed for rejoicing in any of it.”

After talking to this accomplished woman I wondered why so many ambitious, intelligent, hardworking people experience these feelings. Impostor Syndrome stretches across the spectrum of occupations too. It’s a sentiment that’s been acknowledged by doctors, teachers, lawyers, athletes, entrepreneurs … and also artists, actors, photographers, writers, and models. For people experiencing the Impostor Syndrome, the more they achieve the less genuine it feels and the worse they feel about themselves for enjoying it.

Here are a few symptoms of the Impostor Syndrome:

To make sure we leave on a positive, note, here are some ways that you can cope when the Impostor Syndrome is having a negative impact on you:

Cope with the Impostor Syndrome by:

1) Recognizing the benefits of being a novice

3) Understanding the power of perspective

Want to discuss the Impostor Syndrome (and getting past it) any further? I invite you to contact me by email, phone, or via direct message on Twitter, Facebook, or LinkedIn.