The Superwoman Syndrome, Even Harder than it Looks … 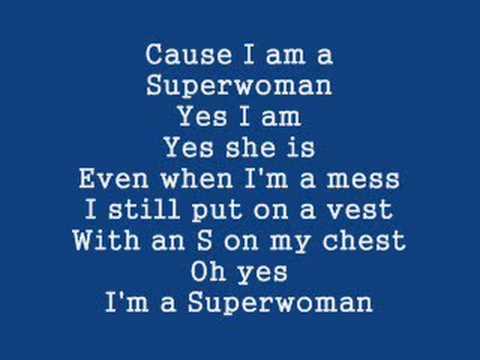 Recently, I was asked to speak at an International Women’s Day event that was being organized by Sigma Beta Phi Sorority. I was intrigued since I have not been close to ‘Greek Life’ … especially in Canada … and their topic ‘the Superwoman Syndrome’ added another level of fascination.

I had an idea in my head about the Superwoman Syndrome, but I was curious to know if my perception matched reality. Here’s the official definition that Sigma Beta Phi provided:

“The superwoman syndrome is the perception that one must be perfect in all things: perfect on the job, at home, in one’s body image, in one’s relationships, etc. and it is exacerbated by other social pressures.”

Sigma Beta Phi asked me to address how I have combatted the superwoman syndrome and/or any implications for mental health, particularly among women of colour or other underrepresented groups (e.g., women with disabilities, Indigenous women, women in the LGBTQ community, etc.). In addition, they said it would be helpful if I could also provide insight into how external influences can either help or hinder the mental health of these types of women. That’s a tall order for an 8 – 10-minute talk as part of a panel discussion, but, it was interesting and timely.

How Do I Combat the Superwoman Syndrome?

For as long as I can remember, I’ve been preoccupied with the demands of my personal and professional life. I hadn’t really thought about the Superwoman Syndrome explicitly until this event. But there’s no doubt that I’ve felt its pressure over the years. I’d argue that in addition to getting closer to the top of my game professionally, as a woman of colour, there have been a few extra layers of difficulty; I’ll address three of them.

Layer #1: The Superwoman Syndrome while Covering at Work 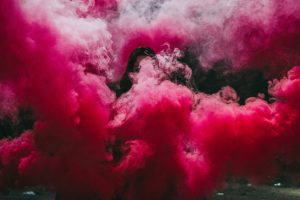 According to a report published by Deloitte, the majority of certain populations in the workplace actively cover up aspects of their identities that they believe are unwelcome and/or stigmatized. In other words, they are intentionally downplaying who they are. For example,

This means that a lot of mental and creative energy is being diverted into covering at work instead of doing one’s actual work because of real or perceived workplace expectations.

Layer #2: The Superwoman Syndrome while being the One and Only

In January 2019, I came across a terrific article published on the McKinsey & Company website. The authors point out that often when we’re the ‘only one’ … a woman in an all-male environment, the only person of colour, the only LGBTQ person, or whatever … “these experiences brought with them anxiety, pressure, and a sense of being on the spot: if we said or did the wrong thing, stereotypes would get reinforced or prejudices confirmed. Other people, we recognize, experience far worse.”

They referenced a study of 64,000 employees and 279 companies in North America:

Consequences for the ‘only’:

If they are treated like this, no wonder they get overlooked for promotion …

Layer #3: The Superwoman Syndrome while Compensating for Prejudice

Through the magic of LinkedIn, I recently ‘met’ Tanya Janca a woman who is a superstar in tech. In her January 2019 article, she argued that “something that is little talked about in the tech industry is the concept of “Compensating for Prejudice” described by Tanya Janca; actions that we have to take to offset negative perceptions due to being a member of the minority within our industry.” 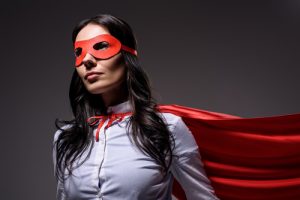 She is a white woman working in a male-dominated field. But, her insights match my experiences of being the only Black Psychologist just about everywhere I’ve ever been since my graduate training that ended in 1999 and during my career to date. I wish that were different, but it’s something that has been so long-standing that I’ve come to accept it. In retrospect, I don’t dwell on it, but there’s something very wrong with these demographics since Black Psychologists are still extremely rare in Canada but that’s a whole different topic.

Here are some of Ms. Janca’s concrete examples:

On a personal note, I have experienced versions all of the above. As a grad student, I was always the ‘only’ and ‘compensating for prejudice’ in every class. During my professional life in the government, I was always the ‘only’ and sometimes ‘compensating for prejudice’ and to some extent, ‘covering at work’ by downplaying how differently I saw and experienced many situations and circumstances. I won’t say that any of this was necessarily intentional since I am certain that many of my colleagues were and are well-intentioned. There’s no doubt, however, that many of these consequences were systemic and structural (again, this is a whole other topic …). Since starting my practice in 2012, the vast majority of my experiences and interactions in the business community have been as the ‘only’ and sometimes ‘compensating for prejudice.’  It’s become so normal or common that it really is only when someone is experiencing something similar and/or wishes to discuss it with me that I reflect and remember.

I must admit that perhaps as a function of maturity, or professional branding, I don’t really try to blend in. Instead, I revel in the fact that I’m different from 99% of all other Career Coaches and HR Consultants. That’s often why people are starting to seek me out 😊

I would argue that my life has been more stressful than many other people’s lives. Anyone who has tried to get into a competitive graduate program, completed a PhD, or worked in a professional role while parenting … and getting a divorce will agree. Business owners will also empathize with what I’ve accomplished since starting my practice 6 years ago, as a single parent. Beyond a certain threshold, it’s pretty clear that ongoing stress and pressure does not improve mental health.

In terms of mental health, well ongoing stress aside, I’ve respectfully been called ‘crazy’ and ‘too much’ for the quietly revolutionary way that I’m using psychology to solve serious problems … thank goodness, Nike is now celebrating crazy in their inspiring new ad campaign.