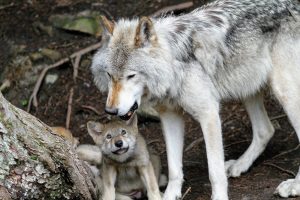 When it comes to people getting ahead professionally in the proverbial ‘work jungle’ most of us have heard or used descriptions that come from the animal kingdom, including:

Clearly, there’s no shortage of animal characteristics to describe a person hard at work … but what about the more predatory traits that are found in the wild? Does having a reptilian brain for organization, a knack for sniffing out the weak, and a skill for fearlessly tracking, prowling, one’s target really pay off in the places where we work? Apparently, it does, but not always with the best outcomes for all involved parties.

This got me thinking about a book titled, “Snakes in Suits” by Dr. Paul Babiak and Dr. Robert D. Hare, which examines psychopaths and how they rise to the top by slithering up the corporate ladder. The book’s focus is not on the more popularly accepted ideologies of psychopathy, which is often aligned with horrific crimes. Instead, this book is about how certain corporate psychopaths hone their skills in the professional realm with an insatiable need to attain influence, power, and control over the people and companies they work for … while making money. 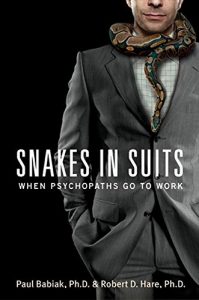 Paraphrased from the book jacket:

“Researchers Dr. Babiak and Dr. Hare have long studied psychopaths.  Dr. Hare, the author of Without Conscience, is a world-renowned expert on psychopathy, and Dr. Babiak is an Industrial / Organizational Psychologist.  Recently the two came together to study how psychopaths operate in corporations, and the results were surprising. They found that it’s exactly the modern, open, more flexible corporate world, in which high risks can equal high profits, that attracts corporate psychopaths. They may enter as rising stars and corporate saviors, but all too soon they’re abusing the trust of colleagues, manipulating supervisors, and leaving the workplace in shambles.”

The official terminology for this pattern of behaviour is Antisocial Personality Disorder (ASPD or APD), a personality disorder characterized by a long-term pattern of disregard for, or violation of, the rights of others. A low moral sense or conscience is often apparent, as well as a history of crime, legal problems, or impulsive and aggressive behaviour (learn more here and here).

Just because someone meets the criteria for ASPD or APD does not mean they will become a twisted killer as you may have seen in films such as American Psycho. In fact, the one accurate aspect of American Psycho is not that Patrick Bateman is an axe-wielding serial killer by night … but rather who he is professionally by day. He is well groomed; intelligent, structured, and meticulous as he is ambitious in everything he does, as well as calculating enough to feign a suitable amount of sociability and good humour despite maintaining an air of undeniable intimidation. And, statistically speaking most people with this disorder usually do not grow up to be murderous thieves but instead develop into respected members of their community. They manage to have a gift for polishing their personas and are usually successful. More importantly, they often go their entire lives undiagnosed as being a corporate psychopath.

Now, borrowing again from the animal narrative, I would argue that corporate psychopaths are not so much slinking and slithering throughout certain organizations as they are portrayed in ‘Snakes and Suits’, but more cunning like a wolf. I prefer the wolf analogy because there’s a duplicitous nature about them. Most of us will immediately recoil from spotting a snake; instinctively sensing it’s potential to strike. But, a wolf can represent many appealing qualities, some that mimic the traits of a friendly, trustworthy pet … but also have the capability to randomly turn aggressive.

I’ve repeatedly dealt with the fallout associated with toxic workplaces and many of the negative consequences come from a less obvious source. Also, it can take a significant amount of time for these ‘wolves’ to reveal their true intentions, and even after being discovered they are usually skilled at maintaining their positions of power through bullying and other forms of manipulation and/or exploitation. 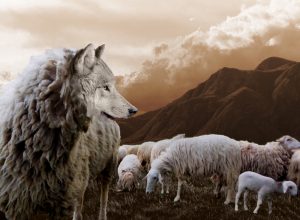 It’s not surprising to me that a wolf is hard to spot in the workplace. This may be due, in part, to the fact that they have been the ones with the most admirable boss-like characteristics and all too frequently are placed in distinguished, positions of authority. Being methodical, determined, bold, assertive, and visibly refined are things we look for in a leader or in an upper management/executive. But, those very attributes are also found in those who usually are only invested in themselves and not so much about the people whom they work with.

The end goal should be employee morale, good productivity, and company growth, yet most people with these wolf-like personality traits tend to focus on the financial/status benefits that affect them personally, not collectively. They also have little to no loyalty, and once they feel threatened, vulnerable or slighted they can exact a great deal of harm to an individual or employer/organization.

Another flaw found in these wolf-like people is their ruthless competitive nature. Often resorting to unkind methods that include intimidating, manipulating, and slandering fellow co-workers… as well as criticizing and insulting people behind closed doors with no remorse. Sadly, those who fall victim to these tactics usually leave the organization and the wolf continues to get further ahead within the corporation with even less competition.

These ‘corporate wolves’ are most likely everywhere, and sometimes they are reaching higher levels within organizations than those who do not possess these cut-throat behaviours. Unintentionally, many well-meaning organizations and businesses select these corporate psychopaths because they appear to fit the bill, at least superficially, when it comes to being clever, in charge, and fiercely preoccupied with being the best … but at what cost?

Stick around for part two of this blog “How to be a fox when interviewing a wolf” where I will examine how not to make the mistake of letting a wolf into your workplace.