Bullying, Bias, and Burnout. Why these 3 ‘B’s Could be Derailing your Career 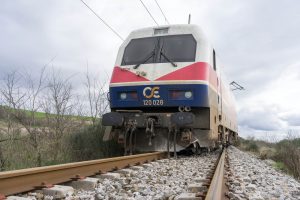 Often the word derailment is associated with an accident, a slip off the track that could not be foreseen or prevented.  When it comes to career derailment many assume it’s just that, an unfortunate pitfall that sometimes comes with the risky territory of being a senior leader or someone who’s been assigned a high-profile project.  Of course, people do make career blunders that ruin their reputation and end with a dismissal or demotion. What if I told you that career derailment isn’t always a random mistake that couldn’t have been anticipated?

Just looking online at magazines and newspapers you can see countless advice columns that offer predictable, step-by-step instructions on how to avoid threats to your professional goals and keep your career on the right path.  What’s rarely addressed or even acknowledged is that somehow career derailment is either accepted as a sad consequence of certain high-risk projects that just didn’t land right or it is because of someone’s incompetence.

These advice articles are filled with what you must do to keep this from happening … that clearly if you just did A, B, and C then your career goals would have stayed on track. Here’s a fresher take on derailment that can be caused by workplace bullying, burnout, and other mental health challenges. In my experience as an Industrial and Organizational (I/O) Psychologist, I have witnessed various types of career derailment – including a much more deliberate and insidious version.  This version is systematic and intentional. 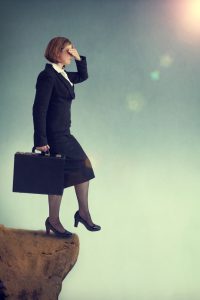 Anyone who has worked within certain medium to large organizations understands that they don’t always operate in ways that are good for all employees – sometimes there are winners and losers.  Most of us have heard of the “glass ceiling” where certain people, including women and minorities, are underrepresented beyond a certain level or threshold in an organization. There’s also something called the “glass cliff” whereby women and other minority groups take on leadership roles under very different circumstances than men. Basically, the phenomenon predicts that women and other minorities are more likely to be appointed to leadership positions that are associated with a higher risk of criticism and failure. One consequence is that these leadership positions are more precarious than other (male-dominated) leadership positions.

Clearly, one’s gender, racial, or ethnic identity isn’t changeable, but it can have an impact on the types of roles that you may be offered. Within the public service, normally promotions are based on competitive processes so in principle they should be less vulnerable to this minefield of complex negative forces.

Despite the risks that may come along with accepting certain roles or promotions, there’s definitely an upside when you’re able to succeed.

Contemplating a high-risk or high-profile position and concerned about remaining successful and avoiding a career derailment? I invite you to contact me privately. I offer a free 15 to 20-minute initial consultation by phone. Or, if you prefer, you can contact me via by email, or via direct message on Twitter, Facebook, or LinkedIn.