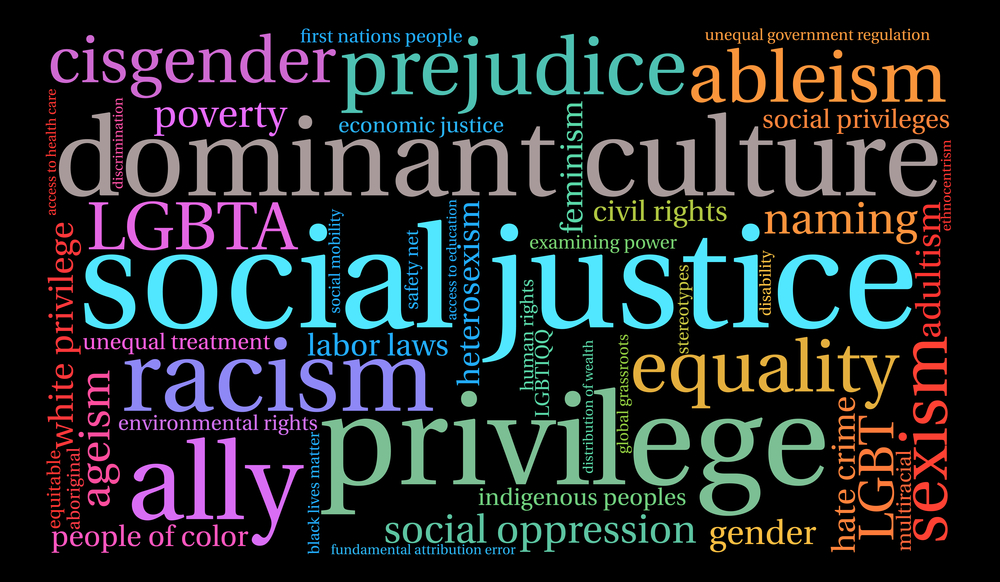 Since the social justice protests started in summer 2020, much has been said and written about being an ally in the ongoing struggles against systemic discrimination within the modern workplace. Although the problems facing Black, Indigenous, and people of colour (BIPOC) employees are not new, until recently, they were largely hiding in plain sight. Other equity-seeking groups, for example, people living with visible or invisible disabilities, members of LBGTQ communities, religious minorities, etc. face similar struggles. Thankfully, these days, just about every fair-minded person wants to be on the right side of this important and sensitive issue.

By now, you may have attended a webinar or other learning event to learn about systemic discrimination and how it plays out in so many contexts – including at work. That is a good first step. As a next step, a lot of people want to know what they can do to be part of the solution to reduce racism and various forms of discrimination in their workplace.

Being an ally means using your privilege to act – not merely saying the right things. Before going further, let’s first, let’s get some things clear about privilege.

In contrast, there are other privileges that people don’t need to earn. For example, I was lucky enough to have parents who were smart and hard-working and earned doctorates, and who had enough money to provide a good lifestyle; I am able-bodied and live in a country in which I had access to high-quality health care and education. All of these unearned advantages set me on a good path. Despite these advantages, I still had to put forward a solid effort and overcome challenges to earn an education, develop skills, and build a career as a self-employed professional. But to be fair, starting life with these advantages was helpful.

The concept of privilege is often misunderstood. When some people hear the word privilege, they feel it’s used as a way of shaming them or denying the hard work that they had to invest to accomplish their goals. Privilege means you have had some advantages that some people didn’t have, or that others had to deal with obstacles that you didn’t have to workaround.

The concept of privilege based on skin colour is also often confused with other types of privilege, namely economic and educational. It’s hard for white people who are struggling financially — in an economic system that they might feel is just as rigged against them as any other marginalized group — to see how they might have privileges or advantages that others don’t have. But again, they haven’t lived with the obstacles that BIPOC people have lived.

So, privilege isn’t about shaming certain groups or comparing different types of challenges. It’s about recognizing the privilege or advantage and reflecting and seeking to learn about how to use the privilege we have to make a better world for those who don’t have our advantages.

What is an Ally?

If you are interested in creating a better, fairer, and more inclusive workplace, one way to do this is to become an ally. This is where the rubber hits the road; where we can evolve from talking to taking meaningful action. Regardless of bigger systemic changes or policies, we are each able to take responsibility for our own behaviour. 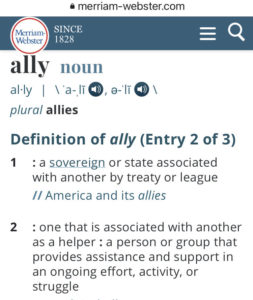 An ally is someone who uses their status/advantages/privilege and is willing to make personal sacrifices to advocate for the rights of a marginalized person without seeking praise or reward. An ally actively tries to advance an inclusive culture through intentional, conscious efforts that benefit others. The action comes in the form of advocating on behalf of someone with fewer advantages/privileges and actively sharing opportunities.

Being an ally means committing to growing and learning about ourselves while consistently looking to build trust and relationships with marginalized individuals and/or groups of people.

To be an ally is to walk beside or with those whose voices are often ignored or muted.

Allyship ISN’T or should not be “performative.”

Allyship should not be the public performance of empty or hollow social media posting, calling out the actions of others, or speaking on behalf of marginalized groups. It isn’t to win awards or recognition in a self-serving way. 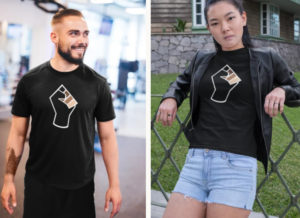 Clearly, this is a big topic. To avoid overloading anyone, I’ll continue this discussion of allyship in part two of this blog. Stay close!

In the meantime, are you ready to go beyond writing a statement or setting up a Diversity and Inclusion Committee or Task Force? Or are you an employee who is seeking a more inclusive workplace? Dr. Helen’s training in Work and Business Psychology (officially known as Industrial and Organizational (I/O) Psychology) means she is a genuine expert in evaluating work-related behaviours. She uses those skills to help hiring managers tell the difference between people who say the right things during interviews and people who actually deliver on the job. Plus, she knows how to do it inclusively.