How men AND women have enabled workplace bullying and sexual harassment

For many weeks now, we’ve seen a steady stream of articles describing how people, often women, have been mistreated in various workplaces by men … and how it has persisted for a long, long time. While I’ve seen that happen firsthand, I have also seen women mistreated by other women in businesses, government, and non-profit organizations. Whatever the context, workplace bullying exists when someone with more privilege and power harasses someone with less privilege and power. 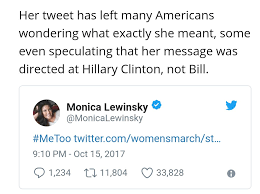 It’s always been hard to watch. On two especially vivid occasions, when I was close enough to see exactly what was going on, I intervened when I saw women behaving badly at work. I explained what I had seen as a bystander with the hope and expectation that it would help to resolve the situation in a way that would create a better climate for the victim and help them to reclaim their dignity. In fairness, when I intervened, I did not believe that it put my livelihood at stake, but it was definitely uncomfortable and in both cases I paid a non-monetary price.

Sadly, in both cases, the victims ended up leaving the organization. This is common (read this for more information). What may be just as bad, or possibly worse, is that in both cases, I do not recall the female bully or harasser being held to account. They did not experience any consequences that came close to matching what their victims endured. 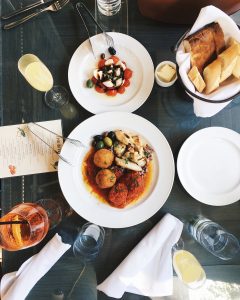 An (awkward) going away lunch …

Ultimately, those experiences made me feel good when I had opportunities to leave those organizations for good. Seeing how those organizations operated in practice made it clear that there was a lot of hypocrisy and a major disconnect between their stated and practiced values — despite their noble mandates.

It was disappointing to see that those leaders and/or the systems within which those leaders existed did nothing to ensure basic fairness and maintain an environment that was psychologically safe for the people who were working and/or volunteering there. 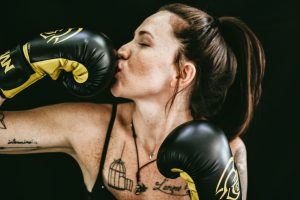 Although the news has been dominated by stories of men treating women badly, the most vicious example that I’ve seen up close was when one or two women ganged up on another woman. The irony was that these female bullies had previously said things that made them seem like supporters of gender equality or feminism. For instance, they said the ‘right’ things during the Jian Ghomeshi trial, they would speak about attending annual International Women’s Day events, etc. It was extremely disappointing to see those women who outwardly spoke of being allies fighting to end violence against women perpetrating emotional violence against another woman. When I and two others tried to intervene, the longer tenured women with well-established roles within the organization did whatever they deemed necessary to cover up and deny their bad behaviour despite the existence of documentation that spelled it all out in disgraceful detail.

So, in the interest of gender equality, it’s time for men and women to consider doing more to create safe, respectful and inclusive organizations and organizational cultures. Men aren’t the only ones who should be expected to be good organizational citizens. Women should hold other women to that same standard instead of turning away and pretending not to see what’s happening or declining to respond even when they are advised in writing.

The stakes were low in both examples that I’ve included in this blog post because the victims chose to take the quiet high road – instead of filing a grievance or lawsuit. A junior contract employee bravely and awkwardly finished his hours and moved on without making much of a fuss after being mistreated by a woman (and a man). The female victim and the handful of women who tried hard to do the right thing all eventually left the organization with a sour taste in their mouths.

In both situations, people left quietly without exposing the truth publicly. Even though the perpetrators should have been the ones who carried the stigma, it was the victims who felt compelled to be relatively quiet. While this protected the reputations of the victims who did not want to be labelled as trouble-makers, this silence also masked the complicity of the other witnesses who could and should have been better allies. Their silence in the face of harassment and the abuse of power isn’t something to be proud of. What’s worse is that by accepting the incivility and the workplace bullying/harassment in their organization it encourages it to spread.

Even with allies, in many respects, these situations went poorly for the victims of workplace bullying. Although some of the experiences that I’m describing are fairly recent, the social context and workplaces feel different right now because we’re experiencing a watershed moment. Perhaps if these incidents from the past 5 or 6 years were happening now, the bystanders would have been more courageous.

In the higher stakes scenarios involving famous people that we’ve been watching and reading about the power differentials are extreme and a lot of money is at risk. It’s not surprising that people kept quiet for so long. Based on what I’ve seen first-hand, I also suspect that many victims and bystanders have seen things go poorly in the past, despite the presence of allies, so they have kept quiet until now when it suddenly seems safer to come forward.

These experiences show just how easy it is for bad behaviour to run rampant – even when someone, or a few people, speak up loud and clear. Here’s hoping that the updated Ontario anti-harassment legislation and the vivid real-life examples that are now public will offer some guidance and relief.

Need help dealing with a delicate or high-stakes career or HR issue? I invite you to contact me privately. I offer a free 15 to 20-minute initial consultation by phone. Or, if you prefer, you can contact me by email, or via direct message on Twitter, Facebook, or LinkedIn.